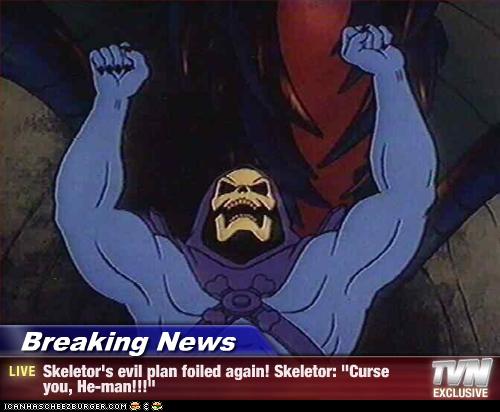 Self-publishing audiobooks: My experience with ACX

ACX, or the “Audiobook Creation Exchange”, is a company dedicated to the production of audiobooks. …Or perhaps “production” is the wrong word. But it wouldn’t look as smooth for the marketing copy to say “a crowdsourced program that puts authors in touch with audiobook readers, and vice versa, and provides a low-cost way of doing so”.

In my case, I finished my book Dev Manny #1: Superliminal. I’d already published it as a paper book and ebook, and then I decided to try out ACX and publish it as an audiobook. 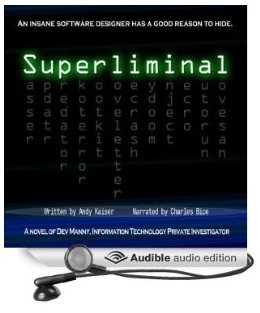 How does ACX work?

The process was easy: Upload a sample of the book for potential actors to read (I used the first chapter of the book), then describe what kind of voice and reader you’re looking for. You’ve got plenty of options – you can specify various accents, ages, and traits like “comic timing”.

Here’s what I specified what I was looking for in my “Superliminal” narrator: 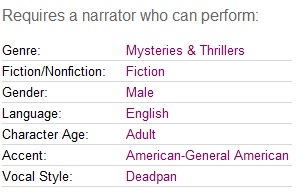 Once I specified what I was looking for, my next step was to wait. In this case, it wasn’t for very long: Within a day or so I had three auditions for the voice of Dev Manny!

Then it was up to me to pick the one I liked best, and work with the narrator to get the voice just the way I wanted it. Then I set up a contract with them (this was brokered by ACX). This is where ACX shines, because while authors can pay narrators for their time (starting at around $200 per hour, and I would keep all royalities), authors can alternatively pay nothing up front, and split the audiobook royalties 50/50 with the narrator. This last option is what I did.

After that, the narrator does the rest of the work in the process of physically narrating the book and editing that effort. After another approval process from me, ACX took over, then placed the audiobook in Amazon, Audible.com, and the iTunes Store.

Is ACX worth it?

In my case, yes. ACX is great. Thanks to ACX, I have a great-sounding audiobook available of my work for a very low cost, and sales/distribution/royalties are handled for me. I’m very happy with the results.

I have only one complaint about ACX, and it’s small: At the time of this writing, they do not support direct deposit of royalty funds. Once your royalty balance hits $50, they mail out a check. ACX is partnered with Amazon – you actually use your Amazon ID to sign on to the service. Other Amazon services and partners support direct deposit (like KDP, CreateSpace and crowdSPRING), and it would be more convenient if ACX supported this too, but they don’t.

Special thanks to Charles Bice, the guy you hear narrating “Superliminal”. I’m proud and impressed that Dev Manny has such a cool voice. Check out Bice’s work – he’s narrated and written many other books.

I’ve been happy enough with ACX that I’m doing it again – my book “Waking the Dreamer” is going through ACX audiobook production right now!